The customer is a well-known German automotive supplier that manufactures sophisticated plastic injection-molded components and then assembles them into complex assemblies.

The task involved assembling four main components, which are manually loaded on a workpiece carrier system, into a “cooling water regulator” as they pass through various processing stations. At the end of the assembly line, the components are checked for leaks and marked with a lasered QR code. Depending on the test result of the leak test, the finished assembly is output as an O.K. or as an N.O.K. assembly at two separate airlocks.

The entire process, from the loading of the workpiece carriers, to the fully automatic joining of the various sealing products, which are fed to the assembly line via vibratory bowls, with the subsequent leak test, coding and ejection of the assembled subassemblies, had to be implemented within the cycle time of 20 seconds!

Since the SOP (“Start Of Production”) was fixed at the time of the customer’s order for the fully automated assembly line, the entire project was a very demanding project, not only because of its complexity, but also in terms of time.

This solution ensured that the assembly system knew at each point in the processing what the work progress was at each station and could assign this to each assembly.

In the next station, the still missing sealing ring was then positioned over the inlet connection piece by means of a specially developed finger gripper and drifted into the sealing groove provided. In the two subsequent stations, all opening spigots on the water-bearing assembly were sealed with sealers and subjected to the test pressure. When the test pressure was measured over a time interval, it was checked whether a pressure drop occurred in the test system. The test result was written back in the control system and assigned to the respective assembly. After the subsequent laser marking with an individual QR code, the assemblies tested as O.K. were discharged on the O.K. conveyor line.

After completion of the fully automatic workpiece carrier assembly line, completely assembled cooling water controllers with all seals, leak-tested, could be produced by the customer in 20-second cycles with 99.5% reliability in high quantities in 2-3 shift operation. 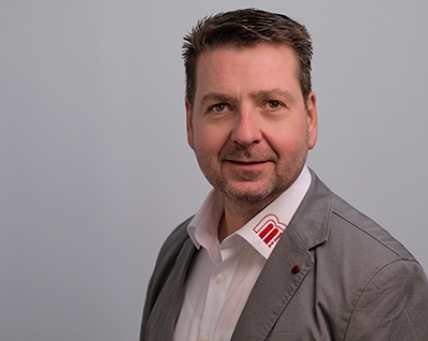